by aphotic
Rusty Eye Possessor Reviewed by: Mercury 23 Genre: Heavy Metal, Post, Underground Rusty Eye is a three piece band that really brings a lot of character to the table. Originally from Mexico City the band currently resides in Los Angeles, California and they have a new album out on their own label called Epoché Records.... Read More 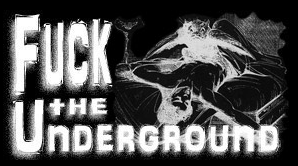 Rusty Eye is a three piece band that really brings a lot of character to the table.
Originally from Mexico City the band currently resides in Los Angeles, California and they have a new album out on their own label called Epoché Records. I really do not understand why a major label has not grabbed them yet! I would love to see a lot of money dumped into this band, however the bands seems to be of a Do – It – Yourself mentality standing strongly on their own feet. I can only applaud them for the great job they’re doing!

I really like this album; it is extremely creative and highly unique.
First, the music is a colossal hybrid of metal, rock and punk styles all interwoven into a resonance that sounds very natural, without any notice of the music being forced into the aforementioned styles. You will hear thrash metal riffs, black metal style tremolo picking; punk riffs toppled with highly 70’s influenced progressive rock crossed with a very strong NWOBHM approach. If that was not a sufficient amount of genera hopping, I still did not mention the highly immense underground metal influence of death metal as well as stoner rock. Although the music is extremely metal, they have a very un-metal production that reminds me of a well produced garage/punk indie band. The band also projects a high level of 70’s era B- grade horror movies into their lyrics, image and even directly into the music. The combination is great!
I can not compare this band to anything else out there, yet I am many times reminded of Iron Maiden’s very first album and some of the technical parts strongly remind me of Atheist.
One thing I really like about this band is they have the ability to pull from so many different underground styles of music and at the same time they actually have a sound that is viable to the mainstream world. I can easily see tracks like “The Serial Kind” and “Somnambulist Possession” or even that old track from a previous album “Mr. Cannibal” getting airplay. Do not take my mainstream declaration in a bad way; I just love it when I hear a band that can actually write catchy songs filled with hooks yet still maintain such an underground attitude. The truth is there is nothing conventional about their song structures but they have something about them that makes me believe they will be on the radio in no time. With that said, I can see a lot of people liking this and a lot of people disliking it as well. This is a very marketable band.
Now last but certainly not least, the vocals. Rusty Eye has a large array of vocals from black metal to death metal style as well as male and female clean vocals. The vocal duties are shared between Miss Randall, the band’s very delightful and very cool drummer and Mr. Rusty, the bands bass player. The vocals play back and forth and work extremely well together. Obviously, they are going to get a lot of attention for having a girl in the band, however it should be mentioned that unlike a lot of girls I see in metal bands these days, this girl actual meets the social aesthetic of being just as viable as any of the guys out there. This is not another female fronted band put together in an advertising wagon. She is 100% part of the band and the real deal. I never thought I would see the day when a girl would be wearing a Venom shirt. I love it; I just hope people will give them a fair shake.
You can currently hear the whole album performed live at www.rusteye.com. This is one of the coolest websites I have ever seen; when you go there just allow the page to load. After it loads three video screens will pop up so you can see all three members perform the entire album. Just sit back, crank it up and check out the high heel double bass work. Pay attention to Mondo Cane’, Miss Randall Rulz!
If you like what you hear, you should order a CD, this is not a major label band and they could use all the support they can get! It is better to buy music from small bands and save your stealing for the major label bands.
If you are looking for something different, I highly advise checking this band out. Some of the best tracks on this album are:
The Entity (ghostly lust)

The only track that I do not really care for is “Day of the Dead” and maybe I will like it more in time.
Take a look at this music video from a prior album, it is fairly amusing.
http://www.rustyeye.com/http://www.myspace.com/rustyeye