Warning: count(): Parameter must be an array or an object that implements Countable in /home/rustyeye/public_html/wp-content/plugins/contactme/contactmedotcom.php on line 30
 Hard Rock Magazine France. “Possessor” Review | the one... the only... RUSTY EYE 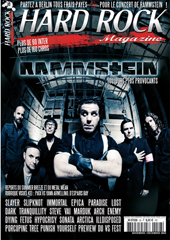 Rusty Eye! Here’s a name that would get a hard-on on any lady’s permed hair, that’s for sure. However, we are not talking hair metal here, but a combo from L.A. with old school influences, somewhere between early Maiden (even from the Di Anno era) and Metallica from the vests with patches era. And there are horror movie influences, since you’ll find Lucio Fulci (At the House by the Cemetery, inspired by the film of the same title, also glorified by Wednesday 13), or Mondo Cane, bitching cult italian pseudo documentary. Even better, those bastards even managed to get the one and only Claudio Simonetti, ex-member of the Italian legendary band Goblin, on some of their tracks! Without naming appearances by the too rare Waldemar Sorychta… So what’s it all worth ? To be honest, it sounds a bit like a rough demo, but that’s also one of the strong points of this rusty eye: with its old school logo, its sound from the good old days when we were listening to cassettes copied and re-copied on the old aunt’s player, Possessor echoes like an old demo from the early days of thrash metal, the kind that you’d avidly exchange between kids in the 1st half of the 80S! Quite cool. To reach the upper level, it would be cool to take some more time on the recording and arrangement, but as such, Possessor definitely should please the fans of the thrash revival that started already a few years back (and already going down by the way), and also please old school metal-heads who would like to forget that some time in the past they used to wear a mullet. But we shall ever forget! 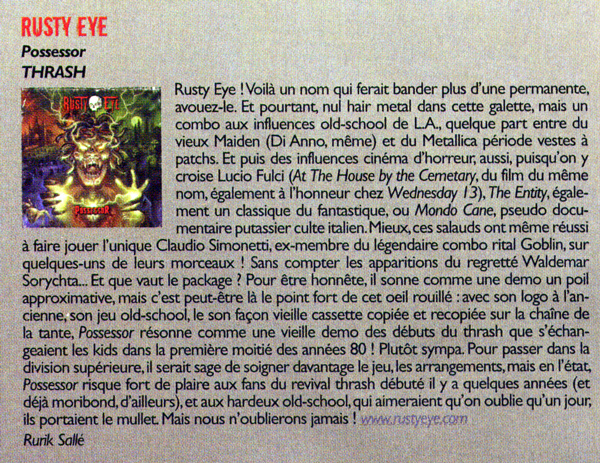