Warning: count(): Parameter must be an array or an object that implements Countable in /home/rustyeye/public_html/wp-content/plugins/contactme/contactmedotcom.php on line 30
 slayer | the one... the only... RUSTY EYE

WHAT’S WHAT: A product of Mexico City, Mexico, RUSTY EYE are the epitome of hard work in the music business. With a “make it or break it” attitude, the three piece could have gone anywhere when they left Mexico, but they went straight for the throat of the Heavy Metal scene in America and claimed Hollywood, California as base of operations. Nobody puts RUSTY EYE in a corner, meaning that you can’t slap a label on this band and lump them in with anybody else. The current lineup, consisting of Mr. Rust (bass/vocals), Miss Randall (drums/vocals) and Baron Murtland (guitars) broke the mold with the release of Stendhal Syndrome (2007), and followed strong with the impossible to wear out Possessor (2009), all on their own imprint Epoché Records. Constant work has earned them the respect of metal fans the world over, and also the love of critics in both the music and horror world, as they have done things the old school way, bypassing all of the bullshit and devoting themselves to standing out by writing and playing the gnarliest music possible. Now a certified legend in the Hollywood scene, RUSTY EYE have taken to the legendary Rainbow to record and unleash upon a new live album upon us. Live at The Rainbow MMX is 70-odd minutes of succulent metal, tinged with punk rock, including all the platters that matter from the fifteen-plus career of these DIY heroes. If this band isn’t already one of your favorites, they damn well need to be. (Bubbs Harris) 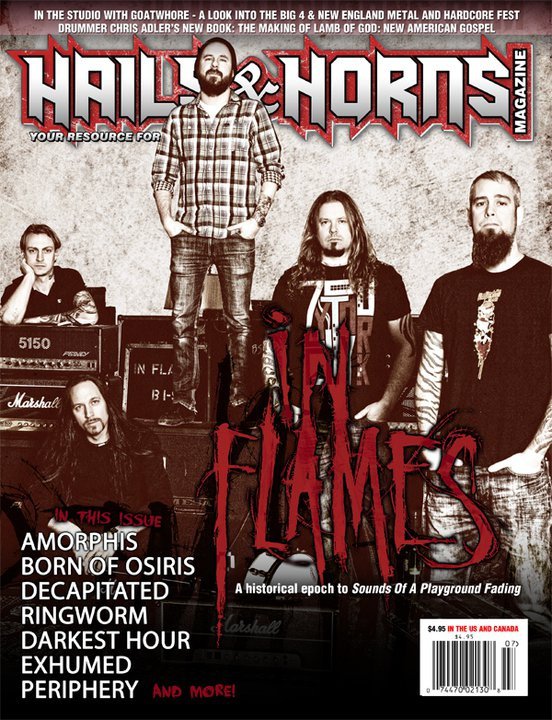