March 27th 2016, The Regent, Los Angeles CA: Bringing together rock ‘n roll and wrestling in a unique live performance based entertainment form, the Rock ‘N Roll Wrestling Bash “Exotrash” was created in 2003, and after several years of success in Europe, has finally made its way to the United States, following multiple attempts to do so. The inaugural U.S. edition of the event took place at the Regent in downtown Los Angeles last Sunday March 27th 2016. This was an unknown entity to locals, but many turned up to discover what it was all about, expecting an evening of non-stop entertainment.
Doors opened at 7 PM, and the scene inside the Regent was obviously very different from what a regular concertgoer would otherwise expect. There was a wrestling ring set up in the center of the general admission floor, adjoining the stage in such a way that performers would easily be able to step in and out between the ring and the stage. Upon entering the venue, attendees were made to sign an injury release form, basically signing their lives away in case any wrestlers were to fly out of the ring and into the crowd. At 8 PM, the musical opening act Rusty Eye began proceedings with an excellent set. This progressive metal trio has been around in the LA scene for a number of years, they have been participating as the musical act in Mexican underground wrestling events, and were the ideal choice as the openers for this show as well. They don’t play nearly as many shows as they once used to, which makes each of their shows even more worth attending. Ticket holders that arrived early enough to catch this band were not disappointed, as was evident from the general applause following the set. – See more at: http://metalassault.com/gig_reviews/2016/04/01/inaugural-us-edition-of-rock-n-roll-wrestling-bash-takes-place-at-the-regent/#sthash.PzCAgzP3.dpuf 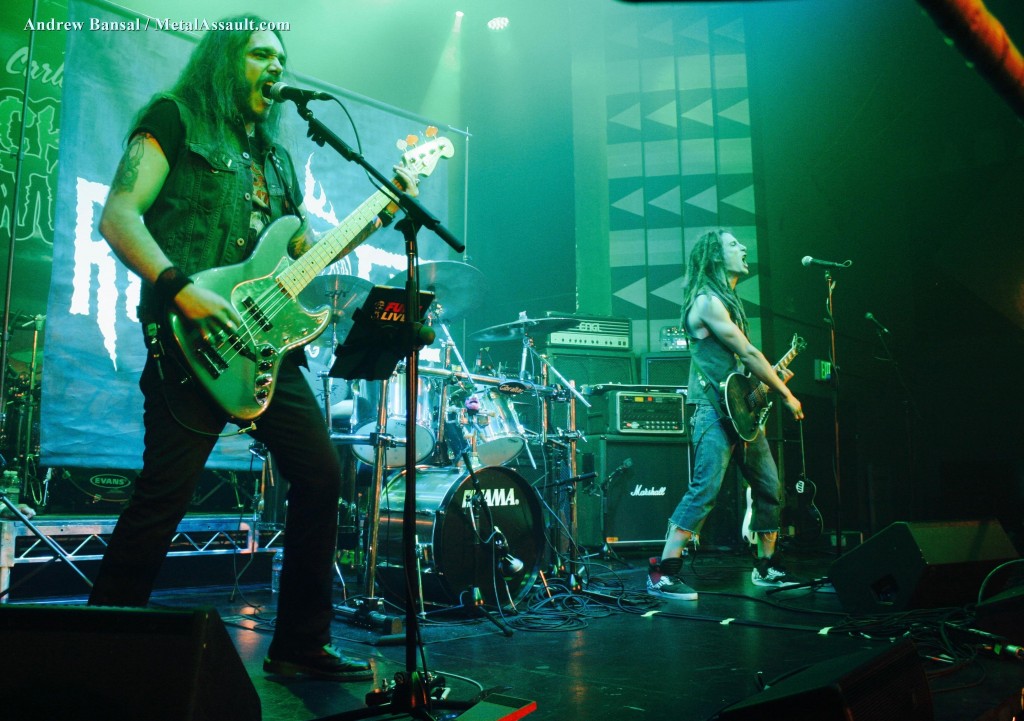 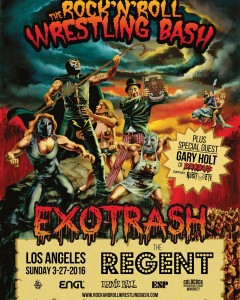