Figuring out LA trio Rusty Eye is a bit like trying to nail porridge to the wall. Listen to new album Possessor, or indeed any of its predecessors, and you’ll encounter much which is familiar, but totally alien at the same time. Like, it thrashes, it rocks, it progs and can stare down a zombie at 100 yards, but still sounds like something you’ve never heard before. Hallucinogenic, you could say if you’re willing to throw connotations of peace-loving, bandanna-wearing ’60s dudes out of the window. So, let’s make a stab at definition here: how does horror-soaked-tech-thrash ‘n’ roll sound? It rolls off the tongue beautifully doesn’t it? No? Oh well. “Awesome! Thrash ‘n’ roll…never heard that one before,” chuckles Mr Rust, the Eye’s bassist / vocalist, in unison with drummer / vocalist Miss Randall. “It has always been difficult to label our style because no one else is doing what we are doing. We’ve given up on coining any terms and will let others decide for themselves. We are definitely metal, that’s a fact!”

They’re definitely strong story-tellers too: one of Rusty Eye’s defining traits is the ability to squeeze every last drop of adrenalin out of a horror story. “We’ve always write songs starting with the concept. Once the concept is fully developed, the music comes out naturally…becoming part of the narrative of the story itself. Pretty much every Rusty Eye song has been written from an existentialist perspective. For Possessor we explored darker places and we let the horror themes be a little more evident. Pretty much every song is a different horror theme: we got vampires, tales of demonic possession, serial killers, ghosts, etc. Horror movies, especially Italian grindhouse-style pictures, are a big influence. To us, these movies are equally influential as metal music.”

Rusty Eye have existed, in one form or another, for nearly 15 years, starting out in Mexico City before relocating to Los Angeles. And although LA is a city rich with opportunities for a band like Rusty Eye, it seems that not everyone is as clued up…yet. “We are lucky to have citizenship to both countries so we are able to work here and live here. Together we stand firm to our musical beliefs and LA is the place to be for what we do. Here we can be our ourselves since we are in a cosmopolitan, international town. Unfortunately, the labels who are still running the show are a bit archaic in their mentality and haven’t opened their doors to truly original sounding acts. But, at the same time, it pisses them off that they can’t morph us into what they want us to be!” 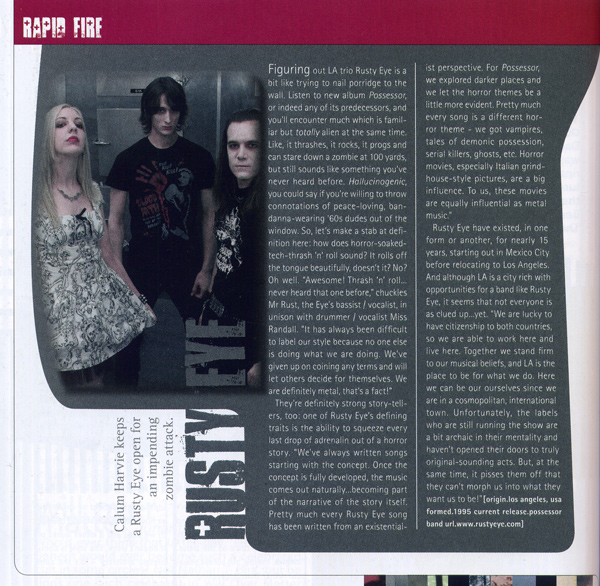 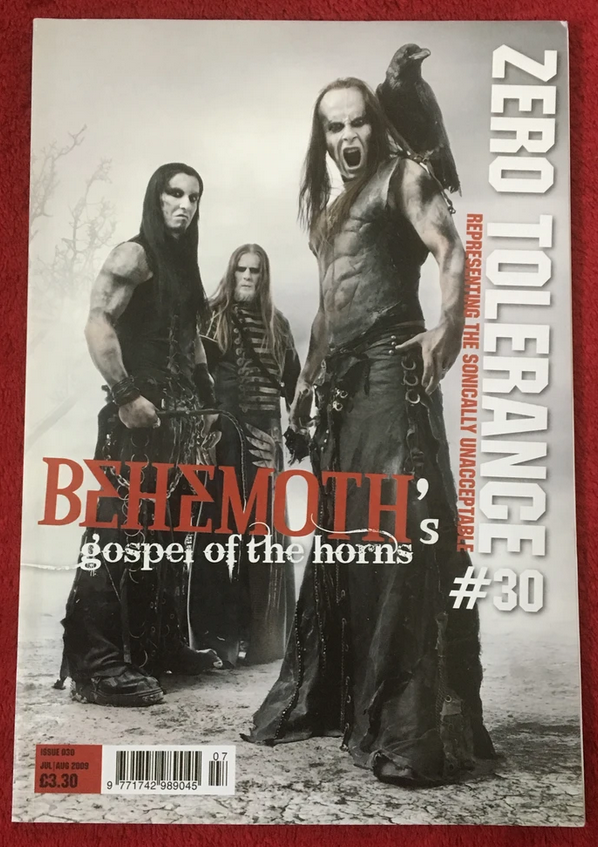